5 Reasons to Move to Omaha

Home to rich history, five Fortune 500 companies, and a growing startup tech scene, people are realizing that Omaha, Nebraska is an amazing city to not only visit, but also to live in. Here are 5 reasons to move to Omaha! 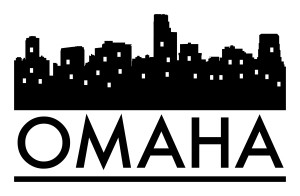 1. The music scene. Ranked No. 5 on Livability’s Top 10 Music Cities in 2012, Omaha has a great music scene. Venues host a wild range of artists, from the up-and-comers to big-name festivals and headliners. Come on over and see what it’s all about!

2. The food. Omaha was ranked among the Top 10 Foodies Cities in 2014. There’s a huge number of restaurants ranging from international fare to down-home cooking. As part a major agricultural state, Omaha also has an amazing farmers market!

3. The rich culture. From theater to art, Omaha has several cultural venues that residents will enjoy time and time again. The Apollon, Joslyn Art Museum, The Rose Theater, Omaha Children’s Museum, Orpheum Theater, and Bemis Center for Contemporary Arts are just a few of the cultural stops our city has to offer.

4. Non-stop action. Home to the NCAA Men’s College World Series, MiLB’s Storm Chasers, the world’s second-largest rodeo — Aksarben’s River City Rodeo, 16 public and semi-public golf courses, the Omaha Beef — the city’s indoor arena football league, and the Omaha Lancers — the top hockey program in the U.S., there is always a sport to take in and see and a team to root for.

5. Incredible education. Nebraska has one of the highest high school graduation rates in the country at around 90%. Elkhorn South High School in Omaha is ranked as the No. 1 best high school in Nebraska by the U.S. News and World Report in 2014. Omaha also is home to colleges and universities such as Creighton University, University of Nebraska Omaha, and College of St. Mary, just to name a few.

Check out our New Patient Special - Click below to learn more.

Learn about the most common questions our team gets asked.

Our team is available to answer questions you have about our services.

EMERGENCY CARE: Dr. Powers is available for emergencies to existing patients outside of normal office hours. Call us at 402.504.4344 for emergency instructions.